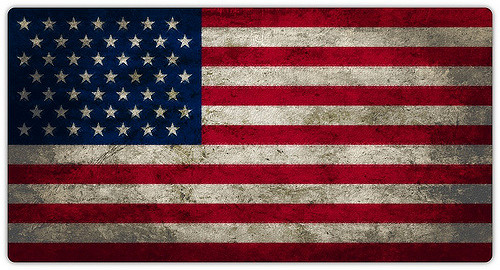 The New Jersey Gubernatorial debate was on television last night. It reminded me that I still need to blog about one my favorite technology integrated lessons that I did last year across grades 2-4, electing a grade level president. The project took nearly a month and coinciding with the presidential election. Since the candidates and topics were so sensitive in the 2016 election, I decided to address the matter in a more kid-friendly way while still teaching election process.

Students were confronted with the following problem/prompt:

Each student then worked through a variety of different activities with guiding questions to learn about how a president becomes a candidate of their party and runs an election.  Students then chose a book character they thought had the qualities of a president and ran a campaign for the character. 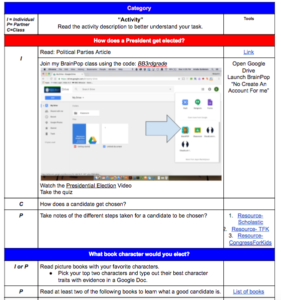 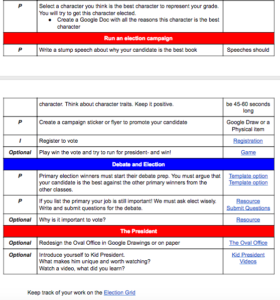 First, they had to win their primary party vote.  This vote could won by writing and giving a stump speech for their candidate in their classroom.  Each class voted for the candidate they thought would represent their party (class) best.  Then we went onto Presidential “debates.” In grades three and four students gave their persuasive speeches to the entire grade level. 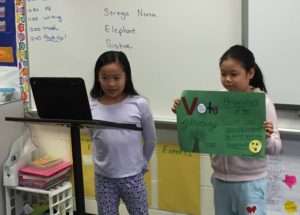 d slides instead of speeches and teachers shared vs. whole grade level sharing. 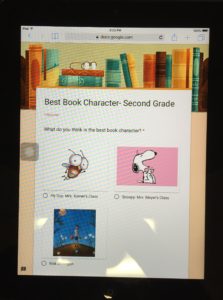 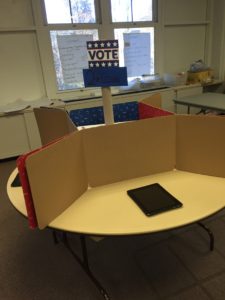 (Because this happens so early in the year, Kindergarten was still learning about how to use the library to be able to participate with me) 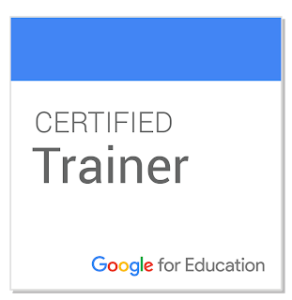 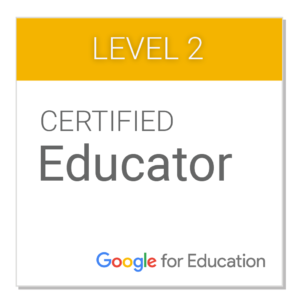 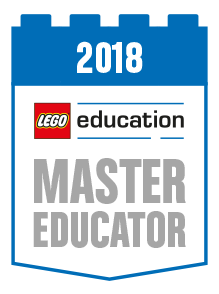 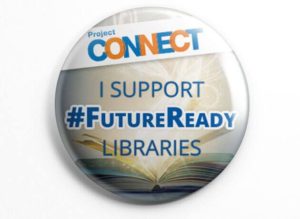 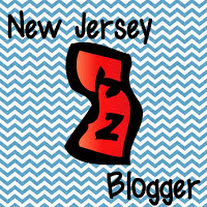